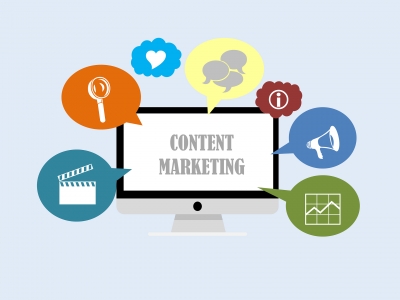 A streak of mergers and acquisitions is occurring as more firms work to build capabilities to improve their video advertising capabilities.

Firms are aggressively seeking to compete for advertising revenue as streaming media rapidly grows. Other firms are building advertising capabilities for cable and broadcast TV. Just recently, iMedia Brands announced that it has acquired Float Left Interactive and J.W. Hulme, according to a press release.

The news comes after Roku announced it is acquiring dataxu, a demand-side platform that allows marketers to plan, buy and optimize ad campaigns that run on Roku devices, reports TechCrunch. Roku will pay $150 million in a mix of stock and cash and is acquiring the firm to expand its tools for advertisers. In addition to acquiring dataxu’s existing capabilities, Roku can potentially benefit from the firm’s experienced team of software engineers, data scientists and analysts.

Roku’s profits associated with advertising have grown and now exceed profits generated from sales of the Roku streaming device. Roku says there are more than 30.5 million individuals who use the Roku device to stream media. In making the acquisition, Roku reported that OTT accounts for 29% of TV viewing but only 3% of TV advertising, which implies that strong growth opportunities exist.

AT&T’s Xandr is also building out advertising capabilities, reports AdExchanger. In late October, it announced it had acquired linear TV supply-side platform Clypd. AT&T entered data-driven advertising last year when it bought AppNexus. Clypd will build upon the digital advertising capabilities of AppNexus. AT&T currently provides advertising inventory through the Xandr’s Community marketplace, which consists of A+E Networks and streaming native media such as Cheddar, Bloomberg and Tubi, as well as its own WarnerMedia. That offering will now be expanded because Clypd has relationships with various national cable programmers.

The appeal of advertising on connected TV is also illustrated by firms committing additional internal resources to building capabilities. The Trade Desk, for example, increased its spending on developing capabilities for supporting streaming TV advertising by 145% year over year, as of the end of September, reports Nasdaq.com.

Trade Desk CEO and Founder Jeff Green maintains that the growth of streaming TV platforms and the level of data that the service provides offers unprecedented opportunities for advertisers to pitch targeted content.

Television programmers are also working together to create standards for advertising, reports Beet.TV. Project OAR is being led by led by Inscape, the ad targeting unit of TV maker Vizio. Inscape uses automated content recognition with internet-connected Vizio TVs to study and understand what viewers are watching. Project OAR will define technical standards for TV programmers and platforms to deliver targeted advertising for both linear and on-demand formats. Its founding members include Disney Media Networks, which consists of ABC, ESPN; Comcast’s FreeWheel and NBCUniversal; Discovery; CBS; AT&T’s Xandr and WarnerMedia’s Turner, Hearst Television and AMC Networks.

Inscape sales and marketing SVP Jodie McAfee explains that past media consortiums have failed because they tried to force an entire industry to accept a single solution. With that in mind, OAR will try to create flexible standards that will serve as building blocks in an effort to create scale for advertisers.