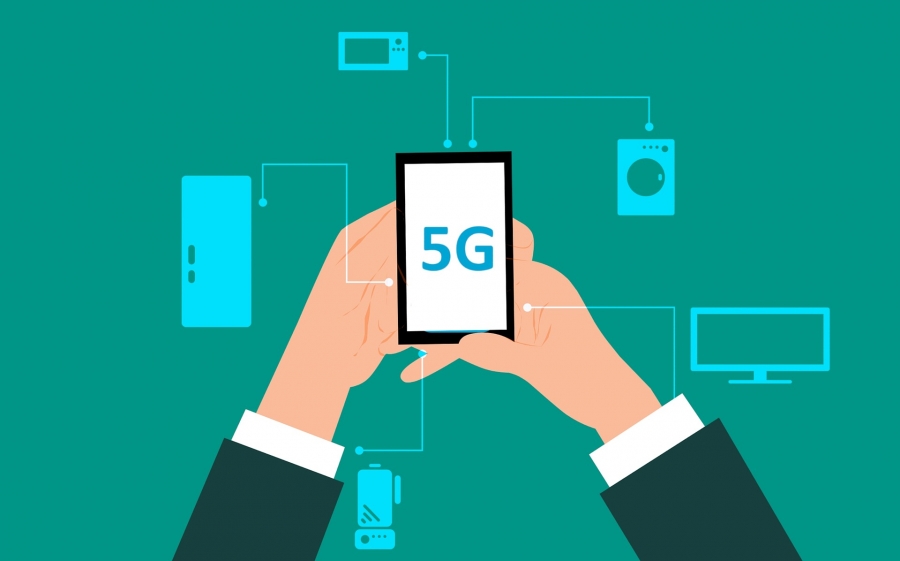 5G communications and new internet service providers, such as Alphabet, SpaceX and Amazon.com, are likely to have major impacts on the future of marketing. And, the changes associated with 5G and expanded broadband access are occurring at an even faster pace than originally anticipated.

5G is expected to be nearly revolutionary because it will facilitate super high speed data transmission. According to How to Geek, the Consumer Technology Association estimates that 5G technology can download a two-hour movie in just 3.6 seconds versus 6 minutes on 4G. The application of 5G will extend considerably beyond entertainment. By providing real time data transmission, it will facilitate driverless cars and boost increased growth of the Internet of Things, which involves connected sensors and other devices that gather and analyze data to improve both business operations and services for individuals.

Sales of 5G phones globally have been sluggish, but that is expected to change, reports Advanced Television. According to a new report, “Global Smartphone Sales Forecast by Technology for 88 Countries to 2024,” in five years, 5G phones will account for nearly half of all phone sales as 5G networks become more common. In the U.S., all four major carriers have launched 5G networks in a limited number of locations, reports RCR Wireless News.

AT&T has launched the service in 21 cities, including New York, while Verizon is offering the technology in nine cities. Sprint and T-Mobile each serve six cities with 5G. As 5G networks are deployed, other forms of broad band internet offerings are also being developed for areas that are currently not connected to the internet. Alphabet, for example, is building Loon, which is a network of high altitude helium balloons with equipment that will beam internet signals to remote or rural areas. Just recently, Alphabet announced that the software that the company uses for managing its balloon fleet will also be used with low-earth orbit satellites that provide internet connectivity and are operated by Canadian telecommunications company Telesat, reports The Verge.

SpaceX, for its part, is developing Starlink, which could involve launching a network of nearly 12,000 internet satellites in orbit that could move internet data about 50% faster than existing fiber-optic cables, reports Business Insider. The technology could potentially bring cheap, fast internet to remote areas, airplanes, ships, and cars, plus make international teleconferencing and online gaming nearly lag-free.

Amazon.com and OneWeb, furthermore, are each developing networks of satellites to provide internet access, reports ad exchanger. The combination of high speed 5G internet access and new broad band providers will cause the amount of data being produced to grow exponentially while dramatically increasing the number of individuals who are connected. Loon, for example, is seeking to address the fact that only half of the world’s population has internet access. The increased speed of 5G and the new breed of broadband providers will allow marketing content to be pushed out in real time. Out of home digital advertising is an example. Increased amounts of data combined with artificial intelligence and fast data transmission will allow digital signs to be optimized in real time, says Andrew Essex, founder of creative holding company Plan A, reports T_HQ.

The nature of data collection is also likely to change. For example, Amazon.com could offer free or reduced-cost internet access to individuals who agree to let the company use their personal data for advertising. In a similar manner, 5G could displace cable television, which among other changes could thwart cable television advertising programs that current use data from set-top devices, reports MarTech Today.

The same article explains that 5G could provide cars with access to high powered remote computing that may be required for self-driving vehicles. Such vehicles could be similar to living rooms because drivers won't be required and passengers can be targeted fwith certain content. In another example, having smart homes with smart speakers and Internet of Thing-enabled utilities, appliances and televisions could potentially give marketers a more complete picture of individuals’ daily activities. But, the huge amount of data that the numerous devices will generate will require analysis by artificial intelligence to deliver target content.