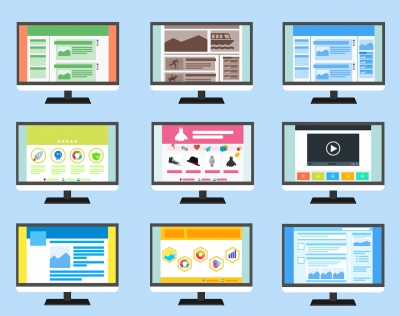 A recent study by Google found that only 16% of advertising on advanced TV, or TV that is viewed through an over-the-top device (OOD), is sold programmatically.

In North America, only 15% of deals are done programmatically while the region of Europe, Middle East and Africa is more advanced with approximately 42% of advertising sold programmatically, reports The Drum. The study was based on an analysis of Google Ad Manager partner inventory. Google maintains that the inability of marketers to buy advertising programmatically for specific shows is hindering the growth of automated advertising. In some instances, marketers may receive data on the genre, channel or app in which their content appeared, unlike traditional broadcast and cable TV that allows marketers to specify which shows will feature their advertising.

The recent google study found that advertisers place an emphasis on understanding the context within which their content appears, so it’s important for programmers to provide the information. With that in mind, Google will take a step in that direction in 2020 by allowing TV programmers to pass a standardized signal for genre, duration, and content ratings through its platform, thereby making it easier for advertisers to plan their campaigns.

Programmatic advertising through OTT streaming faces other challenges, including privacy concerns, reports the Phnom Penh Post. A recent study by Northeastern University found that certain smart TVs and other connected TV devices were sending personal data to Facebook and Roku. The researchers maintain that the connected devices have the potential to learn and expose extensive information about their users and the gathering of the data could have major privacy implications.

The Phnom Penh Post, however, reports that some observers believe that OTT TV advertisers are likely to provide content that is less intrusive than what is currently displayed on other mediums. Alan Wolk, who is an analyst with consultancy TVrev, says marketers have learned that advertisements that stalk consumers on the web creep out individuals, so brands may be less likely to make similar mistakes with television advertising. Additionally, streaming services are striving to display a small number of advertisements that will be highly relative to individual viewers. By doing so, brands will be willing to pay more for the advertisements and consumers will be more likely to enjoy watching the content.

In a related matter, Nielsen’s has just extended its Subscription Video on Demand Content Ratings (SVOD) solution to Amazon Prime Video, reports MediaPost. Nielsen launched its SVOD ratings two years ago by providing the services for NBCUniversal, Disney-ABC, A+E Networks, Lionsgate and other broadcast clients that wanted to be able to quantify their streaming content viewership. It then added Netflix to the SVOD program last year.

Connected TV and streaming media, meanwhile, is playing a big role in the overall growth of digital advertising, with the mobile phone and computer markets already being saturated, reports TB&P. According to a PWC study conducted for the Interactive Advertising Bureau, (IAB) U.S. digital advertising revenues reached $57.9 billion during the first half of 2019, which is the highest in history. It reflected a 17% year-over-year increase from the first half of 2018. The IAB says video advertising increased 36% year-over-year to $9.5 billion in the first half of 2019. Video and TV advertising benefited from the growing pool of cord-cutters and cord-nevers increasingly embracing connected TV. The increase in social video stories and other forms of non-traditional video content have also resulted in brands increasing their investment in CTV.

The IAB report also explains that smartphone ownership is nearing saturation and social media is maturing, so the digital advertising industry is focused on new channels for growth, including connected TV and augmented reality.